I will not be responsible for any material that is found on this site or at the end of links that I may post on this blog site. Mistakes may happen from time to time. URLS and domains may change hands. If you need financial advice or someone to hold your hand while you make the trade, please find another site.

Because the information on this blog are based on my personal opinion and gosh I am so fucking opinionated, it should NOT be considered professional financial investment advice. The ideas and strategies should never be used without first assessing your own personal and financial situation, or without consulting a financial professional, preferably both and in that order. My thoughts and opinions will also change from time to time as I learn and accumulate more knowledge,or my meds wear out, or my post coital euphoria passes.

Feel free to comment on my ideas or ask questions in the comments section for the blog entries. Please remember that this is a blog, and you do not need to agree with everything or anything I write (except I am very needy when it comes to my looks...so you have to say nice things). I reserve the right to delete any comment for any reason (abusive, profane, rude, etc.) so please keep the comments polite, unless you are criticising Gold Bugs...in which case go wild....doggie style.

This site is also dedicated to preventing small traders from having their accounts go supernova by listening to Gary Savage. To read more about him, please browse through the posts and also see http://smartmoneytrackerpremium-exposed.com/

Gary Savage/Toby Connor vs the Duck

I just visited Gary/Toby's blog and he called me an "Internet Troll". Well, I thought I would use the opportunity to show Gary's subscribers exactly how this troll has been teaching Gary a thing or two about trading.
Not necessarily in order here are a few.

What actually happened?
Gold down. Never came close to those numbers Gary was talking about. Oil Up. Gold oil ratio down. 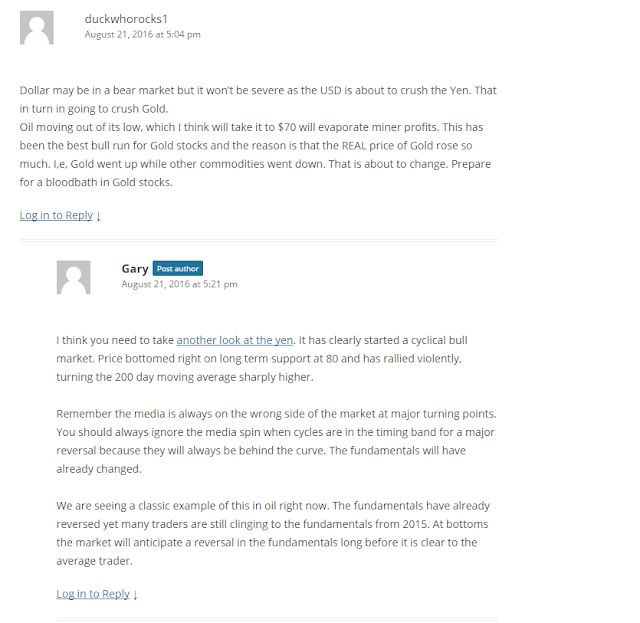 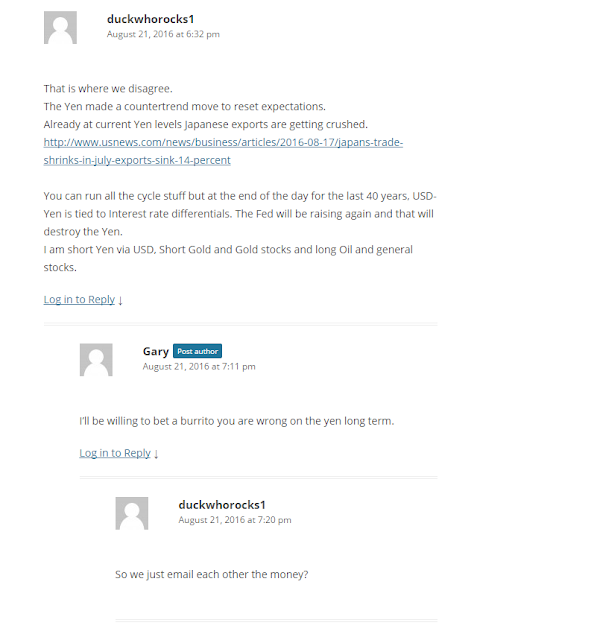 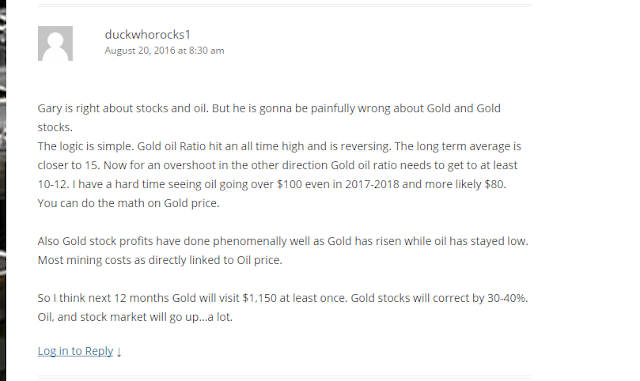 What happened? We came awfully close to $1,150 already although Gary's blog will show I turned bullish at $1,166 for the short term.

4) The yen was apparently going to be the strongest against the the USD. 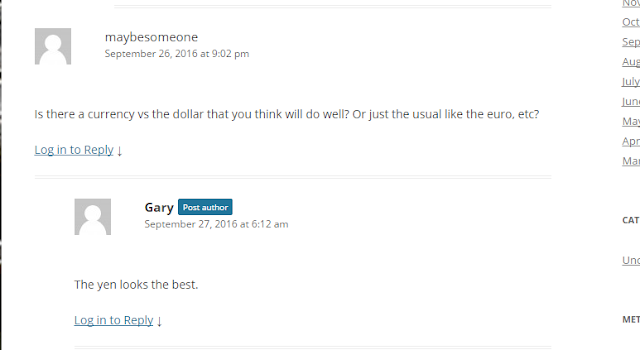 As per my comments above, and others around the same time, I expected the Yen to get decimated.

5) Where is GDX heading? 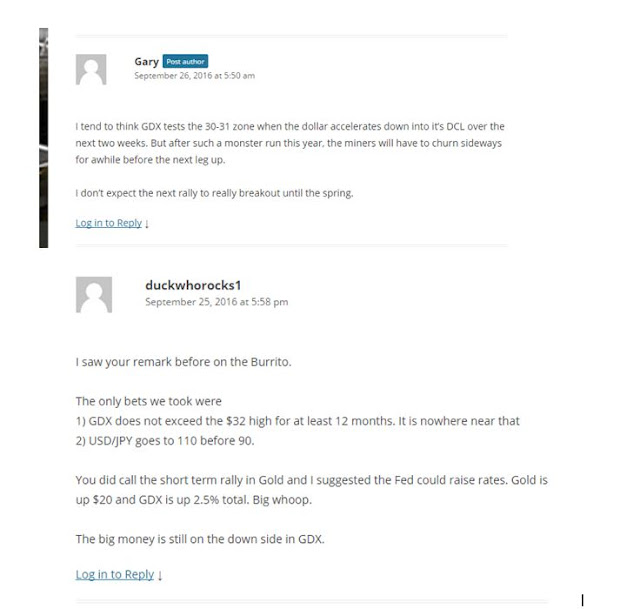 
Gary Mining stocks have completed week 1 of a new intermediate degree cycle. They are now expected to rally for 14-18 weeks. This video discusses the price projections for GDX, GDXJ and JNUG for the upcoming advance. 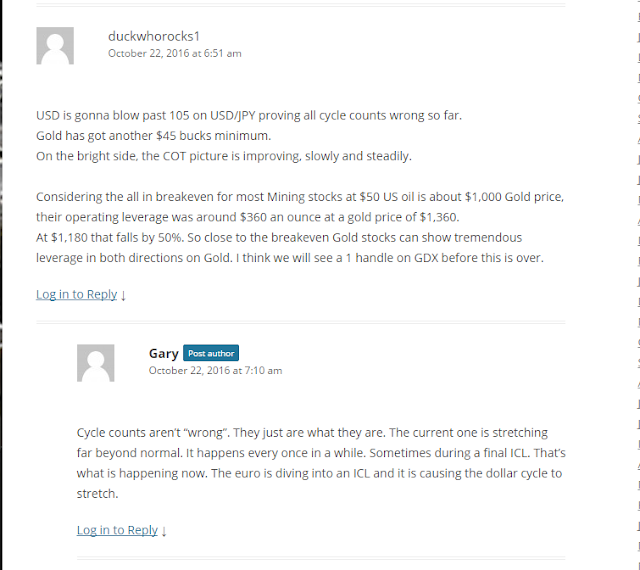 Now what is the point of all this? If a slightly better than average trader like myself (I'd give myself 6.5 maybe a 7 on 10) can completely destroy this idiot and he calls that trader a Troll, what does it say about him?

He has still not sent me money for the Burritos :(


And to end we will leave it with subscriber's comment. 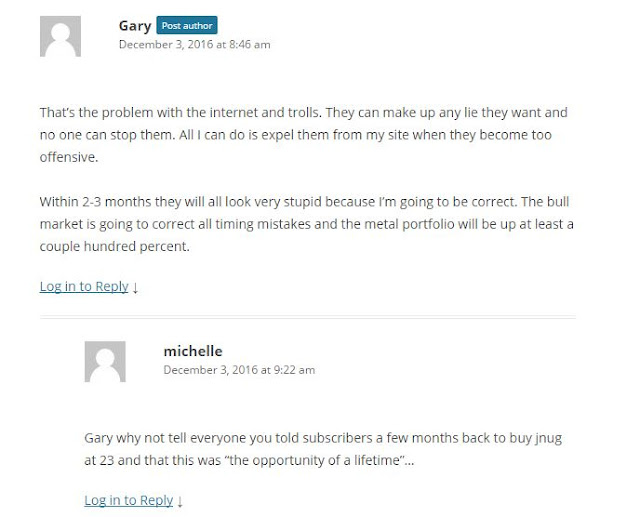 Just a 70% loss, nothing to write home about. Now that dodo will point out that he kept a stop at $1,275, which he did not because you can see from the subscribers he talked from both sides of his mouth there......but even if he did....it was an approx 50% loss in JNUG.


Ask not for whom the duck trolls
It trolls for thee.

Hope you enjoy the Ernest Hemingway reference...I worked hard on that
Posted by The Duck That Rocks at 10:55 AM